In our last commentary, we addressed how poorly individuals and the church witnessed to people who need to hear the good news of Jesus Christ.  It didn’t take research and volumes of data to prove it.  We know it is true.  Over decades of cultural change, the church was not being proactive.  That opened the doors for the culture to invade the church.

I am not a sociologist, but here are the things I have seen occur that the church basically ignored.  Also go to the site listed here (https://www.amazingfacts.org/media-library/book/e/21/t/culture-and-the-christian) which will take you to the article written by Joe Crews pictured below.  Let’s look and then spend most of our time on what must be done by the church. 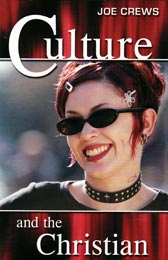 ANSWERS TO “HOW DID THE CULTURE INVADE THE CHURCH”

This did not happen overnight.  It probably has been going on since our founding, but it got a huge boost in the 1950’s. There is an enemy, named Satan, that today gets constant visibility in our interconnected world, right down to a small device we hold in our hand.  There is a multitude of things that have occurred, but here are some major ones I have seen:

Sadly, parents, schools, and churches continue to sit back and do very little.  As a result, we face a new culture, growing very quickly in our country, that has invaded the church and would love to see it go away.  After all these years of no substantive action, now, with our backs “soon to be against the wall,” what are Christians to do?  For there is a war being fought right now between the Church and our culture.  Our faith and this country as we know it could suffer great losses.

ANSWERS TO “WHAT MUST THE CHURCH DO?”

One thing for sure is we can no longer just sit back.  Sadly, many still do because I believe many have given up.  They see the strength of this cultural movement and can’t see a way to overcome it.  They think its too late.  Let me tell you, friend, it is never too late for the Almighty.  Just read below:

I wonder what would happen if the church put their trust in God, as was done in times of old and 1967, and took on the culture rather than sit back and let the culture invade.

Jesus didn’t like what the money changers were doing in the Temple, and He showed it.  John 2:13-16 describes the events.  The study of this passage reveals Jesus planned his response to show force and did not have a temper tantrum.  Even so, this was not expected from our “peaceful” Messiah?  Jesus humiliated the Pharisees calling them “hypocrites” in front of the people they were supposed to lead. Were those “peaceful” words?  Was he polite to Peter when he rebuked him?  And what is Jesus going to do when He returns?  He will obliterate ALL of the wicked from the earth.

This is the side of Jesus we tend to ignore.  When facing a threat, He takes it head on and in a fierce and direct manner.  He does not sit back.  He was not polite.  He put those opposing Him in their place and repulsed them, in aggressive ways, not peacefully. 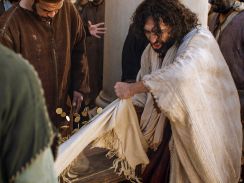 There comes a time, with so many things, when aggressive action is necessary.  The war between the church and our emerging culture is one of those.  Will we remain a people of Judeo-Christian values or become a totally secular society.  This war is real.  It is a shame people are not engaging in every way they can.  It appears the church has let the culture invade it, bringing compromise on issue after issue, and not boldly taking on the culture.  Witnessing is more important than ever.  But that is not enough.  The time we live in is one where the critical mass to turn the tide still exists if those who truly love the Lord will stand up, especially in the pulpit.  A new boldness must emerge soon, or as stated earlier, we as Christian face huge losses in terms of our religious freedoms.  It is time to peacefully but forcefully hit the streets.  God will bring forth the leaders to do so.

Jesus didn’t say, “Oh you naughty money changers, come on over here and have a peaceful conversation about why you should not do this.”  He saw an imminent threat to the House of God and vigorously reacted accordingly.  My guess is the money changers were not there the next day.  You know human nature.  If Jesus was soft with them, odds are they would have returned.

This has not been a fun commentary to write.  I am with the rest of you and the church and have not taken a bold stand, but that will soon change.  Very often the truth hurts, as I have felt pain writing this.  However, if we want the Church to regain its position in our hearts and in our society, we are going to have to stand up, be bold, fight and begin quickly.  We can begin with massive prayer across this country for God to be with us as He has with many others in the past.

We have discussed our poor job of witnessing to a world full of need and the sad stance we took in the past as well a “general” approach we should take in the future.  Our next commentary will look at very specific things the church and individuals can do to engage in this war.

In the love of Christ,

P.S. (Prayer Suggestion)   If you haven’t already, embrace Jesus today.  Pray to Him, with a burdened heart, confessing you are a sinner and asking Him to forgive you of those sins.  Tell Him, with His help, you will turn away from those sins and seek to be more like Him.  Lastly, ask Jesus to come into your heart and give Him control of your life.     Amen  (if you prayed from your heart, you are now a child of God and your destiny is Heaven)

This site uses Akismet to reduce spam. Learn how your comment data is processed.